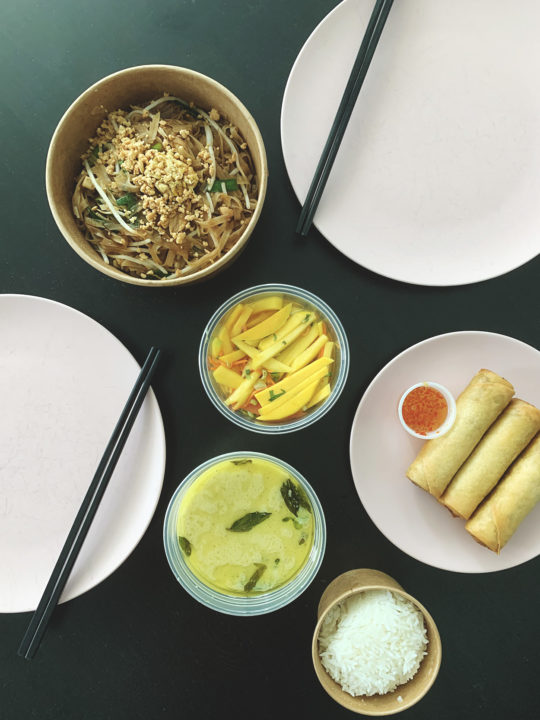 Looking for the best Thai restaurants in Toronto to eat at?

I’m a huge lover of Thai food, and there’s definitely no shortage of amazing Thai restaurants in Toronto.

Sure, you can always go to Thai Express and order a quick meal to-go, but there’s nothing like going to an actual restaurant and having authentic Thai food.

Here are some of the best Thai restaurants to visit in Toronto!

You’re going to be hearing Chef Nuit Regular’s name quite a few times in this post.

She’s a well-known chef here in Toronto, and she’s got several popular Thai restaurants in Toronto under her belt!

Northern Thai cuisine is what you’ll find at PAI, and you can visit either their Entertainment District or Yonge & Eglinton locations.

Try the Khao Soi – you’ll be dreaming about it for weeks.

There are also a good number of vegan options for any plant-based peeps out there!

Be sure to arrive early for a table because lines form pretty quickly, and don’t take a first date here ’cause it’s hecka loud inside the restaurant.

Sukhothai has all the Thai dishes we know and love, and more.

Their Pad Thai is absolutely amazing – definitely one of my favourites in the city!

Sukhothai was actually Chef Nuit Regular’s first restaurant that she opened with her husband back in 2008.

They’ve got 3 locations across the city on Dundas West, in the Old Toronto neighbourhood, and in Corktown.

There’s a smaller menu than Chef Nuit Regular’s other restaurants, but they’ve got the good stuff in there.

Oh, and they even have a separate (but not boring) vegan menu for my plant-based friends.

Kiin’s menu is inspired by royal Thai cuisine, in both the taste and the aesthetic of the dishes.

You’ll find all kinds of different and traditional dishes from across Thailand at Kiin, and it’s all meant to be shared with friends.

Khao San Road is actually a famous street in Bangkok for backpackers, and that’s what this Toronto restaurant is named after.

Their menu isn’t huge, but they’ve got all the classic Thai curry and noodle dishes.

They also have both vegan and gluten-free menus for anyone who has dietary restrictions!

They also import some ingredients directly from Thailand, which is pretty cool!

Little Khao is a mini version of Khao San Road (by the same owners), and you’ll find it inside Assembly Chef’s Hall in the Financial District.

RELATED POST:
How to Spend a Day in Hamilton, Ontario

Assembly Chef’s Hall is a food hall filled with upscale Toronto restaurants in a casual setting – it’s one of my favourite spots to dine in the city!

Since it is a booth within a food hall, the menu is teeny tiny, but I guess that makes it easier to decide what you want to eat 😛

The Green Curry was my fave here as a student, as well as their ~secret menu~ Islamic Noodles.

Their portions are huge, so I usually saved half of my meals for another meal!

Their OG location is near Yonge & Dundas, and they now have a new location at Queen & McCaul.

Fun fact: Salad King was literally a salad restaurant when it first opened, and it slowly became a Thai restaurant over the years when it got taken over by new owners.

Okay, I’ll be honest: I’ve only been to Thai Basil’s restaurant in Richmond Hill, but I’ve visited dozens of times if that counts for anything!

I went to high school next door, so I often came for their lunch specials, or my family ordered takeout for dinner.

Their Thai Yellow Curry and Pad Thai are my faves on the menu!

RELATED POST:
You Can Get an 8 Course Meal for Only $29 at Kinka Izakaya

Jatujak is the name of the world’s largest weekend market, which is located in Bangkok!

It’s also the name of this amazing family of restaurants, all under the Jatujak name.

Jatujak has 3 locations, but they’re all located in North York and Scarborough, so my downtowner friends will have to travel for this one.

Their food is absolutely amazing and authentic, and also very affordable, so it’s totally worth the trek!

Try their Pad Thai – it’s one of the best in the city.

Their dishes are “healthier” than other restaurants, and you can choose everything from the base, to the protein, to the toppings.

I also love their house-made sodas and drinks, and their Thai Iced Tea is my favourite in all of Toronto.

They also have signature boxes that are specifically catered to different diets, including keto and low calorie diets!

I frequented their Yonge & Dundas location while I was a Ryerson student, and they’ve since opened up locations across Canada!

These were some of the best Thai restaurants in Toronto, in my personal opinion!

If you’re planning a trip to Toronto, be sure to check out my posts on the most fun things to do in Toronto and what to wear in Toronto.

Be sure to check out some local tours as well, if you’re looking to do some fun and unique activities.

If you’re looking for even more ethnic Toronto restaurants to try, you might enjoy these posts: 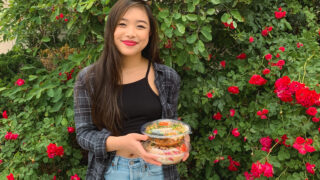 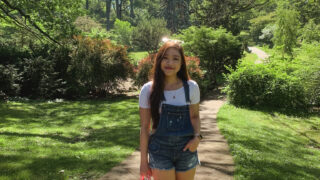